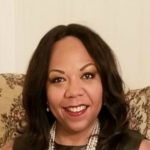 August Mathews is the Senior Premier Account Executive with USI Southwest Region officing in Houston, TX.  August is responsible for some of the largest High Net Worth and Affluent Client portfolios in her region with many being Family Office and Wealth Advisor relationships.

August has been in the Insurance Industry for over 30 years with most of her career dedicated to the Private Client Sector. She began her career on the Company side of the industry with USAA Insurance Company in San Antonio, TX working with military officers and their families.

After leaving her role with USAA, she then turned her sights to the Broker side of operations and was asked to move to Houston to help organize and manage an agency that soon became part of the Gallagher Personal Insurance Division.

In addition to her position as Senior Premier Account Executive, August is very involved in mentorship. She finds this role equally as important to the industry by providing guidance, leadership and education to those professionals now joining the world of Personal Risk.

August is a graduate Texas A & I University, Kingsville, TX earning her degree in Journalism and Public Relations. She also holds the distinction of earning the Chartered Private Risk and Insurance Advisor Certification (CPRIA) and is a proud member of the inaugural PRMA Diversity, Equity & Inclusion Team.