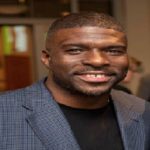 Deon Hornsby is an AVP for Private Client Group as the Regional Underwriting
Manager for the Chicago Region. Deon is responsible for the profitability, growth, and retention of the 19,000 in-force policies within the 12 state Chicago Region, which has $97 Million in written premium. Deon leads a team of 8 Underwriters and Underwriter Technicians and works closely with his team and leadership to maintain agency relationships and execute strategies for the states within the Region.

Deon joined the Private Client Group in 2005 as a Senior Underwriter. During his time at Private Client Group, Deon served as an Underwriting Specialist (2007), Regional Underwriting Manager for the Great Lakes Region (2008- 2011) and
Regional Underwriting Manager for the Chicago Region (2011 to present). Prior to joining AIG, Deon was an Underwriter and Marketing Specialist in Chicago and Uniondale, NY respectively for nearly 5 years. Deon began his insurance career in 1997 as an Auto Underwriter/Team Leader for State Farm Insurance Companies in Bloomington, IL.