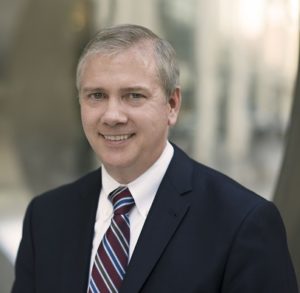 James C. Trainor is Senior Vice President within Aon’s Cyber Solutions.  Mr. Trainor joined Aon in October 2016 after a distinguished career at the Federal Bureau of Investigation, where he most recently led the Cyber Division at FBI Headquarters.

Mr. Trainor played a critical role in devising the FBI’s national strategy to combat cyber-crime and was the senior FBI executive responsible for all cyber investigations.  During his three-year tenure in the Cyber Division, Mr. Trainor led FBI Agents and Analysts in every major high-profile cyber investigation involving the FBI.

In his new role, Mr. Trainor will help shape Aon’s overall cyber strategy on behalf of clients, working closely with colleagues across technology, system integration, risk transfer and advisory to ensure a holistic and integrated approach.

Mr. Trainor joined the FBI as a Special Agent in 1996. Over his twenty-year FBI career, he served in both overseas and domestic assignments focused on cyber, counterintelligence, counterterrorism, intelligence and criminal matters. He has served in field assignments in Chicago; New Haven, CT; Boston; New York City and at FBI Headquarters in Washington, D.C.

Mr. Trainor is a graduate of Assumption College in Worcester, Massachusetts and obtained a Master’s in Public Administration from the University of Connecticut.  He also completed a Chief Information Security Officer (CISO) and Chief Risk Officer (CRO) Certificate Program at Carnegie Mellon University and has GIAC certifications in GISP, GSLC and GISF.

Mr. Trainor is the recipient of the 2016 Presidential Rank Award from the Office of the President of the United States, the 2016 FCW Federal 100 in Information Technology, and was recognized by Security Magazine in 2017 as Most Influential in Security.  Mr. Trainor serves on the Public Sector Advisory Council for Palo Alto Networks and is an instructor at Carnegie Mellon University.

Prior to joining the FBI, he was a military intelligence officer for the U.S.