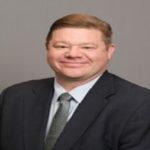 Sean joined AIG as a Senior Yacht Underwriter in June 2005 and has held several roles related to yacht underwriting and portfolio management at AIG.  From 2008 to 2012, Sean was the Director of Yacht for PCG’s domestic yacht practice.  In 2012, Sean was named the Head of Watercraft, Global Consumer Lines, which gives Sean oversight for the underwriting and profitability of all global watercraft business through all segments.  In 2021, Sean was named Head of Specialty, which gives him oversight of Yacht, Collections, and Collector Auto.

Prior to joining AIG, Sean worked as a producer specializing in yacht and marine insurance and personal insurance of the affluent including 4 years at PLI Brokerage as their Yacht Insurance Specialist and Account Executive. Sean is an avid sailor, belongs to various local yacht clubs, and has sailed competitively.