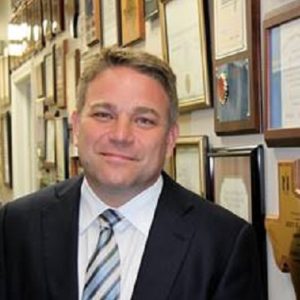 Warren Barhorst is the founder and CEO of Iscential, a Texas-based risk management,
insurance and financial services firm, as well as the founding partner of Renovo Partners, LLC, a business consulting firm. In addition to his work Warren is the author of “Game Plan… The Definitive Playbook for Starting or Growing Your Business”. His Second book in the series: “Game Plan… The Definitive Playbook for Selling in the Connection Culture” was released in January of 2016.

Since 1993, Warren has developed Iscential from a scratch business without any employees, clients or sales to today having 100 associates and 120 Million in sales.  Growing from one location in Jersey Village, Texas to more than 20 across the country.

Warren has a Bachelor of Science in Industrial Distribution from Texas A&M University and holds the LUTFC designation. He is a licensed Risk Manager, licensed General Lines Property Casualty Agent, licensed General Lines Life and Health Agent as well as a FINRA Series 6, 7, 24, 63 and 65 Registered Representative. Warren is a 19 Year Qualifying Lifetime Member of the prestigious Million Dollar Round Table.

Iscential is nationally recognized with the highest accolades from industry and various associations, including the honor of being listed as one of the “Best Places to Work” by Texas Monthly magazine and the Houston Business Journal as well as one of the “Best and Brightest Companies to Work For” by the National Association for Business Resources. The company is frequently featured on Inc. magazine’s 5000 fastest growing private companies list and Warren was honored to receive Ernst & Young’s Entrepreneur of the Year award for the Houston Gulf Coast area in Business Services. Additionally, Iscential was featured on the cover of the June 2012 issue of Smart Business magazine with an article titled “E is for Enthusiasm” on how the firm’s core beliefs and values have driven its success. In late 2013 the University of Houston conferred Warren with an honorary diploma for Excellence in Mentoring and Wonderlic, the employment assessment company had Warren at the top of their 2014 Most Engaging Leader list.

Warren is involved in supporting the community through non-profits and education. He volunteers his time to Texas A&M University, and serves as a Past President and Past Chairman of Jackie Sherrill’s 12th Man Kickoff Team Foundation, a Member of the Texas A&M Foundation Legacy Society, a member of the Texas A&M Medical School’s Rapport Society, as well as a past 10-year member of the University’s Industrial Distribution Degree Industry Advisory Board and current member of Texas A&M University’s May Business School Advisory Board. He also serves as a Mentor for the University of Houston’s Wolff Center for Entrepreneurship.